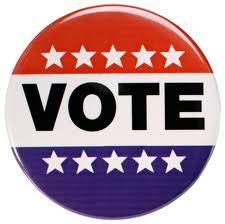 Thank goodness.  Tomorrow is the day we’ve all been waiting for:  Election Day.  You may think I’m eager to exercise my right to vote and play my role in shaping our future or anxious to know who will be the Leader of the Free Will for the next 4 years.  Nope!  I’m excited about Election Day because afterwards, I get my Facebook back!

“Where did your Facebook go?” you may be wondering.  I’m glad you asked.  Facebook is still there, but for the last several months it’s been taken over by Left Wing Radicals . . . and Right Wing Extremists.  My politically charged up friends have been busy posting  insane clips from strange websites in misguided attempts to persuade others of their beliefs.  It’s kind of like they joined opposing cults.  Or gangs.

You’ve heard of the Crips? These are the ‘Crats.

I have a handful of level-headed friends who, like me, have decided that Facebook is not the place to begin a political debate.  These folks stick to posting pictures of their kids, of their summer vacation or their lunch.  Earlier this summer the climate on Facebook became so political that I posted this on my Facebook Wall:

I thought it was funny

A friend I will call “Gertrude” didn’t find this post funny.  Gertrude is a person I haven’t seen since the day I graduated from High School.  The very next day after I posted that cartoon on my wall, she began to send out a series of posts with such phrases as, “Well if this offends any of my NON political friends I apologize!”  “I’m SORRY if my right to discuss politics offends you!” and much, much more.  Gertrude normally posts 5-10 times a day so that wasn’t unusual, but it began to be pretty obvious that these posts were aimed at me.  Me?  The person who had purposely avoided making any reference to either political party or any remotely political statements for months?  I sat there stunned for a moment.  Then I got a little . . . Angry. 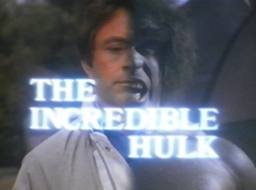 “Don’t make me angry. You wouldn’t like me when I’m angry”

Gert was a person I didn’t even like in High School!  Why the heck would she be so offended by my frivolity that she felt the need to attack me?  Why would she care?  She was the one who sent me a friend request and now she was calling out my post?  Oh no sister, I exercised that right of passive-aggressive middle age women everywhere:  I hit the “unfriend” button!

I don’t get the radicals.  Being against something doesn’t make you for something.  I’m not talking about the politically passionate.  There’s a difference between radical and passionate.  I would actually enjoy a good long discussion with someone with opposite views than mine.  I would like to hear your reasoning and I would like you to listen to mine.  I think the worst thing that could happen is that one or both of us might learn something.  But just slinging mud and name-calling?  Well, I had my fill of that in high school.

So anyway, after today everything will settle down and people will get back to normal.  (As normal as anyone is on Facebook)  To me Facebook has never been a place to discuss politics or religion.  It should be lighthearted, fun, almost a modern-day gossip column if you will.  I want to know who’s going to the big game, who’s going to the movie and how was it, and who sticking to their diet.  That’s about as radical as I get.

By the way, some bloggers, Life with the Top Down and Peg-o-leg, (who are much more talented than I am!) have some very humorous and entertaining views about the upcoming election.  Check out No Room For Lame Excuses for some very interesting election day trivia and All in the Political Family: When Mom and Dad Play Favorites for a look at what it’s like not to be a swing state.

And don’t forget to exercise your right to vote tomorrow!  Remember, if you don’t, you can’t complain on Facebook or your blog for four more years!

9 thoughts on “Can’t We All Just Get Along?”

This site uses Akismet to reduce spam. Learn how your comment data is processed.